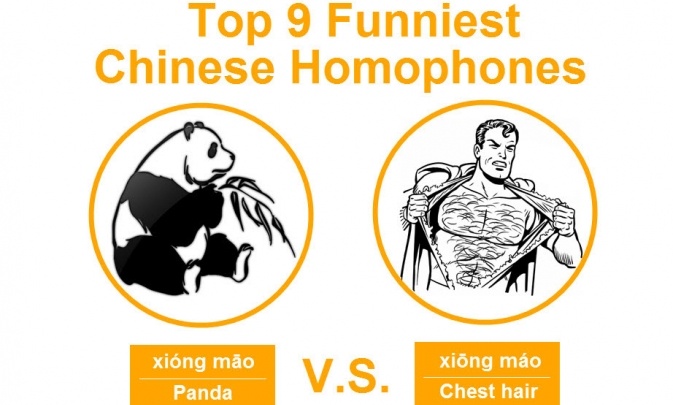 What is a homophone? Don’t be scared by the technical term! It is simply two or more words that share the same Chinese pronunciation but with different meanings. Since Chinese is a tonal language which has only about 400 phonetic syllables, it is fairly common to encounter words with similar pronunciation, but with different meanings and different characters. Today, let’s take a look at the interesting ones.

We’ll start with the funny numbers homophones, which are frequently used when people are sending a message on their phone or online. And some of the number homophones might seem a bit odd and you’ll probably think ‘that number doesn’t sound anything like it’, but most of them are interesting and also useful.

Also, let’s not forget the number four! The avoidance of the number four (四 sì) in pretty much everything, especially gift-giving because of its likeness to “to die” (死 sǐ), is probably the most widespread homophone custom in China. On the contrary, the preference for the number eight (bā) because of its likeness to “to get fortune” is very common among Chinese people. Car owners will even pay more money for a license plate with 88888 on it.

Other common homophones related to customs are more often found around the Chinese Spring Festival:

1. 福到了 fú dàole — Fortune has arrived: It is very common to hang 福, the character for “luck,” on doors, walls, and windows during Chinese New Year. Because “arrive” (到 dào) is homophonous with “turned upside down” (倒 dào), 福 decorations will often be turned upside down to symbolize good fortune arriving with the New Year.

2. 年年有余 nián yǒu yú – To have surpluses every year: This phrase is homophonous with 年年有鱼 (nián nián yǒu yú), which means “there will be fish every year.” As a result, the custom of eating fish during Chinese New Year has the meaning of bringing in prosperity for the coming year.

3. 年糕 niángāo — glutinous rice cakes: The word for glutinous rice cake is a homophone of 年高 (niángāo) from 年年高升 (niánnián gāoshēng), which means “to reach higher every year.” In Southern China especially, it is popular to eat 年糕 during the Chinese New Year, as it means your prosperity will grow year by year.